VIDEO: CoastSportsToday Male Co-Athletes of the Week, Shane Nickels of MT and Ryan Leininger of LCM 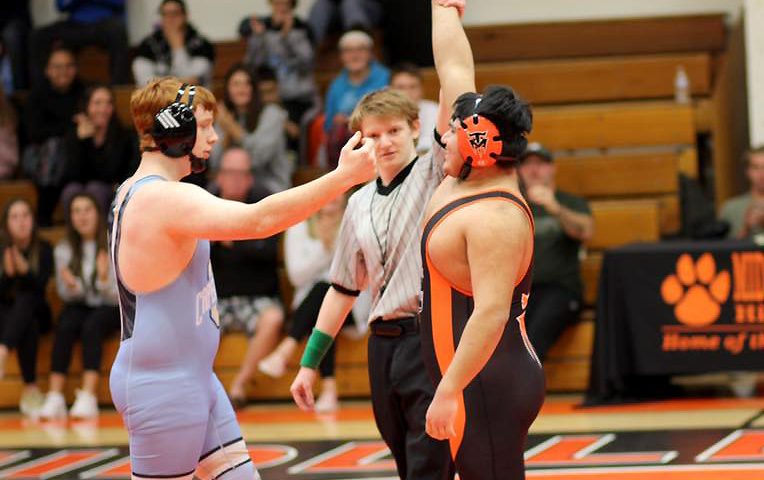 Lower Cape May won the match, 36-29, securing the win thanks to Ryan Jackson’s decision at heavyweight.

But it was something that happened in the junior varsity matches beforehand that still had fans from both teams — and high school sports fans in general — buzzing a few days later.

Middle Township’s Shane Nickels and Lower Cape May’s Ryan Leininger took to the mat for a junior varsity match that left all in attendance gasping in admiration at what they witnessed. With help from outstanding sportsmanship from Leininger, Nickels won his first-ever high school wrestling match.

The pair, both sophomores, grappled for a bit at the start of the match before Nickels got Leininger to his back for a pin that produced roars from the crowd.

While Nickels certainly enjoyed the moment and the crowd beamed with joy, the largest smile in the gym may have come from Leininger.

For producing an incredible sports moment, Nickels and Leininger are the latest CoastSportsToday.com Male Co-Athletes of the Week.

They’re just another reason why we love high school sports.