But he was never better than in his final high school game Wednesday.

Giulian rushed 27 times for 180 yards and two touchdowns and also passed for another score to lead Middle to a 21-8 victory over Lower Cape May in the Anchor Bowl on Thanksgiving Eve.

The victory was historic for Middle Township. Not only do the Panthers get to keep the Anchor trophy for another year, but they also clinched the West Jersey Football League’s United Division championship, its first outright title of any kind since 1959 and first championship in general since 1969. In addition, Middle (8-2) also finished off the first-ever eight-win season in the more than 100-year history of the program.

Giulian teamed with freshman teammate Remi Rodriguez (18 carries, 11 yards) to form a potent ground attack against the Caper Tigers (5-5). Giulian ground out chunks of yardage between the tackles, while Rodriguez often found success running to the edges.

Middle dominated time of possession, executing three separate drives that each took more than seven minutes of game time off the clock. The Panthers ran 60 plays to Lower’s 38. Lower ran just 10 offensive plays in the first half.

“Our major plan coming in here was actually to give Remi the ball. We’ve been hiding him a little bit but he’s really done a nice job for us, especially as a freshman,” Riggitano said. “But when you start to get the edge like we were doing with Remi, it’s going to open up the middle because you can’t defend both of them. David’s just a hard runner. He’s done everything we’ve asked of him over his four years here. He’s everything you would want as a coach.”

The game remained scoreless until there was less than a minute to play in the first half. Middle failed to capitalize on a 19-play drive that began midway through the first quarter and ended on the second play of the second quarter when it fumbled on fourth-and-goal from the 1-yard line.

But after forcing Lower to punt, Middle put together another long drive, going 64 yards on 13 plays to the end zone, culminating with Giulian’s six-yard scoring run with 38 seconds left in the second quarter.

Middle eventually took control of the contest when it scored early in the fourth quarter to end a 14-play, 86-yard drive. The Panthers reached into their bag of tricks on the scoring play, with Giulian taking a handoff, rolling to his left and tossing 19 yards to Michael Zarfati in the end zone.

Jerome Licata made all three of his extra points for the Panthers. The junior finished the season 33 for 37 on PAT kicks.

Lower got its score with 1:22 remaining on Marcus Hebron’s nine-yard scoring run. Hebron, a senior, finished the season with 964 rushing yards.

One of Lower’s other highlights came early in the game when junior Archie Lawler tipped a pass forward and then dove for an interception.

Like Middle, Lower Cape May will see many of its key players return in 2022.

Brett Nabb also picked off a pass for Middle.

Middle rushed for 313 yards as a team, taking its season rushing total to 2,065 yards. While Giulian, Rodriguez, Nabb, Isaiah Carr-Wing and Adrien LaBoy got the accolades as ball carriers, they don’t gain those yards without the work of offensive linemen Nick Cruz, Marco Salgado, Maurice Matthews, Michael Camp, Kani Perry, Matt Frame and Licata. All but Frame will return next season.

Middle now holds a 63-47-4 advantage in the all-time series. The Panthers have won nine of the last 10 contests and enjoy a 17-9 edge since the game was moved to the week of Thanksgiving in 1996.

There is a chance the teams will not play during Thanksgiving week next season. Preliminary West Jersey Football League alignment for 2022 has the teams competing in separate divisions. They’ll have to schedule a non-division game with one another in order to continue the rivalry, although the early vibe is that such a potential game may be played earlier in the season. 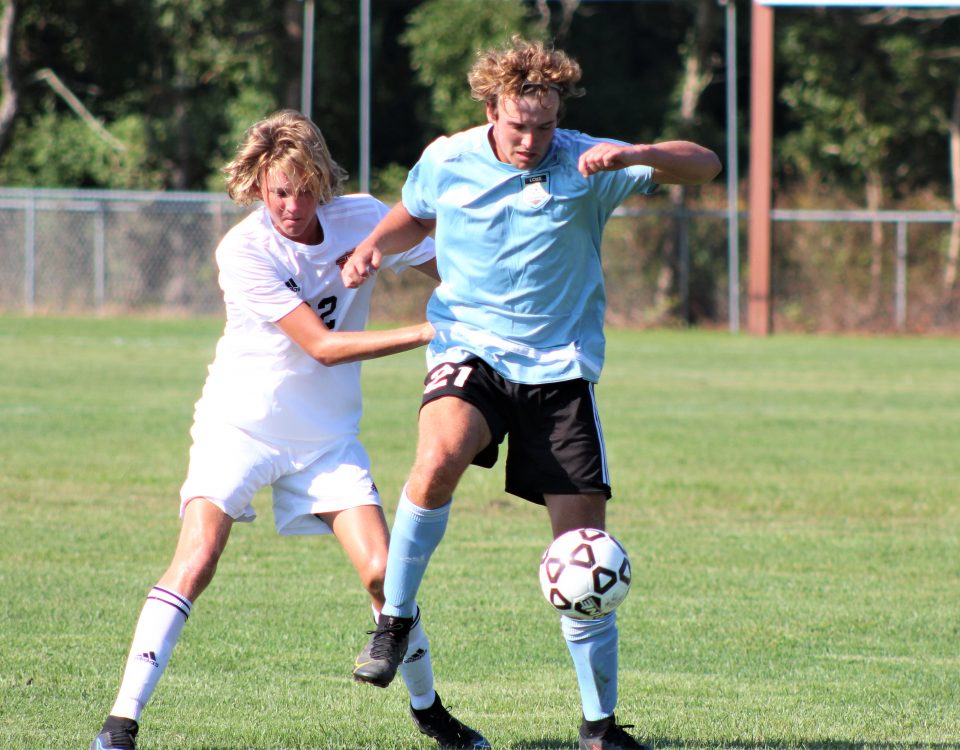