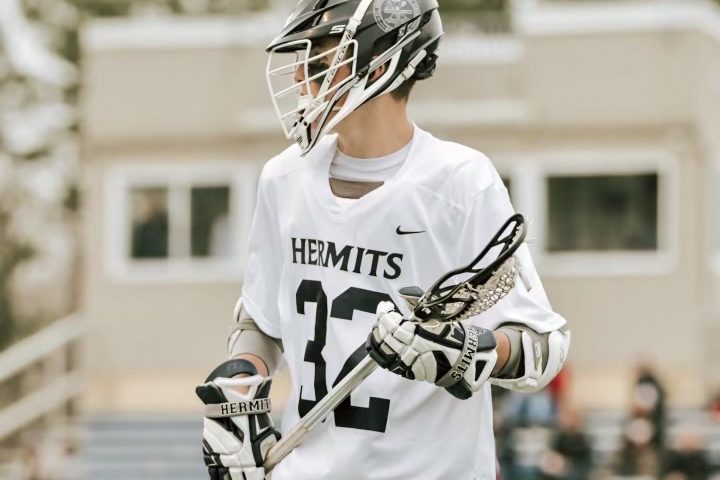 When Noah Plenn was an eighth-grader a couple of years ago, he faced a difficult decision.

The choices were to attend Lower Cape May Regional High School with many of his friends or head to St. Augustine Prep, which boasts one of the top high school lacrosse programs in the region.

He chose the latter.

“It was a pretty tough decision, going away from my friends,” Penn said. “But I knew St. Augustine Prep was going to provide a certain challenge for me to continue to play lacrosse at a certain level. I thought it through with my parents for a good amount of time before I made my decision. At the end of the day I thought St. Augustine Prep was the best place for me.”

It has proven to be a wise decision.

Plenn, a resident of Lower Township, played a critical role as the Hermits won their first state Non-Public A championship this spring.

“I was just really happy to be in the moment,” Plenn said. “I wanted to work really hard for the seniors. They’ve done so much for me the last two years. I knew when I got my chance I had to make a play or do whatever I could to the best of my ability for my teammates.”

Plenn, 15, also a varsity basketball player at St. Augustine, ended the lacrosse season with 21 goals and 17 assists. The Hermits finished 16-2, eventually losing to Mountain Lakes in the semifinal round of the Tournament of Champions. St. Augustine finished the season ranked No. 2 in the state.

“It was a crazy ride this season, a very special ride,” Plenn said. “These seniors worked so hard throughout their whole careers at the Prep. To finally get a chance to get to a state final and win was pretty big for them. When we got out there, we trusted the work we put in and we trusted our teammates.”

Winning a state championship “was a great feeling,” Plenn added. “It’s one of the best feelings I’ve ever had. Just to be able to embrace that moment with my teammates, it’s something I will remember and cherish forever.”