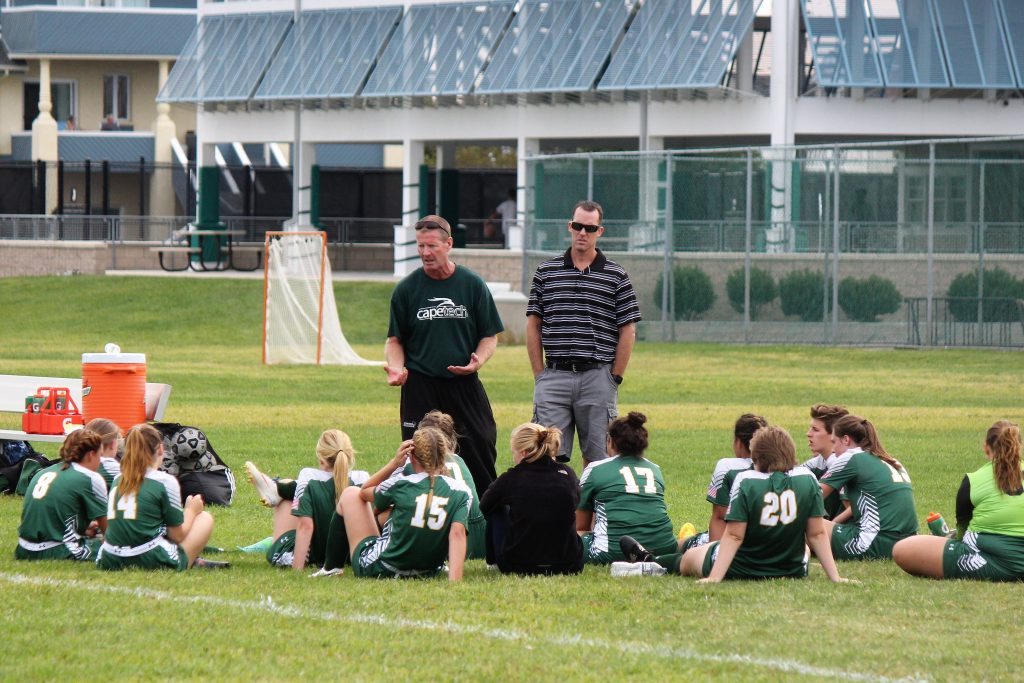 STONE HARBOR – Last year, the Cape May County Technical High School did not field a girls soccer team due to lack of enough interest. Less than two weeks ago, the program seemed to be in the same dire situation. But early last week, the school made a decision to press forward after enough players began attending preseason practices. The Lady Hawks then went out and won their opener last Friday over Pleasantville, 2-1. They lost two straight games this week to Middle Township (6-0) and Wildwood Catholic (4-1). “It’s not really about wins and losses for us,” said new head coach Warren Wade following the team’s 4-1 loss to Wildwood Catholic. “We just want to be a team. We want to act like a team, play like a team and be a team in all aspects. Try to come together, whether it’s on the bus, on the field in a game or in practice.” 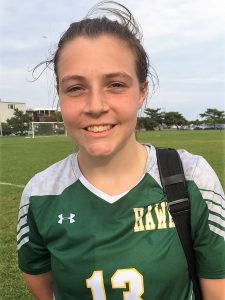 Junior defender Joey Czarnecki is one of the team’s leaders. She performed that role even before she was sure the school would field a team this season. “I really worked my butt off to have a team this year,” Czarnecki said with a smile. “I recruited girls all summer. I was making phone calls and sending texts out. It all paid off and it feels great that we have a team. I felt relieved.” Czarnecki played for the Tech girls team as a freshman. Last season, she and a few of the other female players joined the boys program after the girls team disbanded. While most of them played in junior varsity games, Czarnecki saw action in quite a few varsity boys games last fall. “It definitely hurt a lot not having a girls team last year,” Czarnecki said. “It was good that I had a team to play on but it wasn’t with all girls and that made it harder. But I feel like it was a good experience because I think it made me a better and stronger player because of it.” Wade believes Cape May Tech has struggled with numbers because its students come from all parts of the county. “The kids have to get rides and it’s not like we’re real local,” he said. “We have kids from Wildwood, Lower (Township), Ocean City, Woodbine – all over. It’s not easy for them sometimes to get there.” Not surprisingly, Tech is fielding a very young and inexperienced team. But they should have enough players to finish out the season without any further numbers issues. In Tuesday’s game against Wildwood Catholic, the Lady Hawks had a handful of substitutes available. “A couple of the girls played with the boys last year but they were disheartened to lose their team like they did last year,” Wade said. “They’re working on things one step at a time. We’re going to have some bumps and bruises, but we’ll get there.” Tech might have trouble competing in many games this season. But at least they’re playing, which is the most important thing to the players. “Even though we lost this game (to Wildwood Catholic) and we lost the Middle game, we came out hard and tried our best,” Czarnecki said. “We’re trying to represent our school. We’re always trying.” Madison Ruisch has scored all three of the team’s goals so far this season. — Brian Cunniff