1996 OCHS football team to be inducted into Hall of Fame 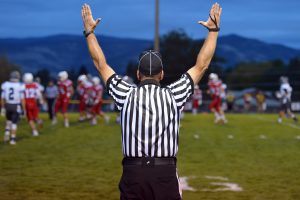 The SJHS senior has scored 94 points, 12 points more than Holy Spirit sophomore Elijah Gray, who is in second place. Townsel’s teammate, sophomore Jada Byers, jumped up to third place with a big effort on Saturday.

Senior Josh Zamot of Holy Spirit leads in TD passes with 10, despite not throwing one against Pleasantville. Senior Flash Morgan of Atlantic City leads receivers with six touchdown catches.

Byers returned another punt for a TD on Saturday and leads CAL players with four return touchdowns, including one with a kickoff.

Cameron Hamer of Middle Township is way ahead in two-point conversions with seven.

All the scoring leaders are online at http://www.primeevents.net/calfootballx.html.