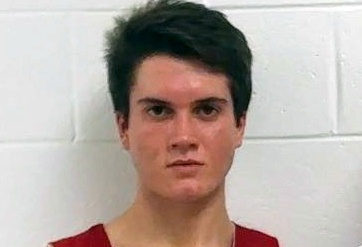 Let’s call them the Rally Raiders.

The Ocean City High School boys basketball team overcame a 19-point deficit in the first period and stormed back to defeat visiting Oakcrest, 63-52, tonight in the Dixie Howell Gym in a game broadcast live on 106.3-The Shore.

At the same time, the OCHS girls stormed out to a 30-6 halftime lead and defeated Oakcrest, 53-17, in Mays Landing for their third straight victory.

John Bruno’s boys (1-1) have played two games and been outscored, 48-19, in the first quarter of the two games. But they have come storming back both times.

On Sunday, against Pleasantville in the Ocean City PBA Tipoff Weekend, the rally was five points short.

The Raiders outscored Oakcrest, 25-11, in the second period with Tom Jamison (above) getting 10 of his game-high 16, and went into the intermission trailing, 33-31. They took the lead for good with a 19-10 advantage in the third quarter.

Both of the rallies in the first two games were propelled by intense, full-court pressure. Though this year’s Ocean City team is small, it is one the quickest Bruno has had in his 29 years.

In the girls game, Danielle Donoghue and Tori Rolls each scored 11 points with Rolls making four steals. Kilie Wyers contributed 10 points, including a pair of three-pointers. Mickey Baker scored five with Emma Finnegan, Delaney Lappin and Abbey Fenton each getting four. Baker and Finnegan each had five rebounds.

FREE THROWS: Both OCHS teams play Cedar Creek on Thursday – the girls in the Dixie Howell Gym and the boys in Egg Harbor City …. both teams will play in the the Boardwalk Basketball Classic in Wildwood next week with the boys also playing a showcase game on Saturday against Burlington City, last year’s Central Jersey Group 1  champions …. schedule, results, stats and more are available at http://www.oceancitysports.com/OCDiary.html.