OCHS girls improve to 9-0, boys lose to Lower Cape May 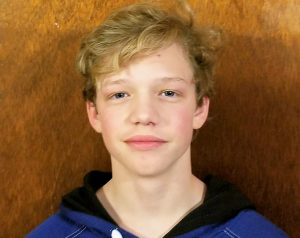 Bohn won his first three matches by fall before posting an 8-0 victory in the championship bout.

Bohn’s teammate, David Tosto, also a freshman, also made the title bout at 120 pounds but lost by fall.

The Hall of Fame tournament is one of the largest high school junior varsity tournaments in the state, according to Lower Cape May coach Billy Damiana.