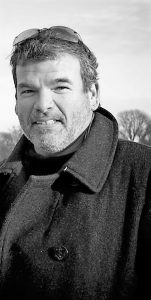 A Macfarlane is back in charge of the Wildwood Catholic High School boys soccer program.

Pat Macfarlane, who had been the head coach at Cape May Tech for 11 seasons through last fall, was announced by Wildwood Catholic as its new head boys soccer coach earlier this week.

Macfarlane replaces Mike Saioni, who stepped down in November after 11 seasons to become the school’s athletic director. Saioni, a former star player at Wildwood Catholic in the 1990s, was 106-68-9 in his high school coaching career.

Macfarlane will lead the program once headed by his father, Gerry, a native of Scotland who brought the Crusaders to prominence. Gerry Macfarlane coached Wildwood Catholic for 18 seasons (1985-2002) and guided the program to six Cape-Atlantic National Conference titles, four South Jersey championships and a state title in 1998.

“Pat is one of the storied treasures to come through this program and he brings a wealth of knowledge and experience in the game of soccer and an emphasis on development above winning,” Saioni said in a statement. “There is a rich tradition that exists here, one that Patrick was a big part in establishing as both a player and a coach. To be able to introduce Patrick as our next coach in the presence of his father … was one of the most special moments I’ve had the honor of experiencing in all my years involved with this program. I have full confidence that Coach Pat will be a tremendous asset to our program and school and that he will carry the torch admirably for years to come.”

Pat Macfarlane is a 1987 graduate of Wildwood Catholic. He is the boys soccer program’s all-time leading scorer with 69 career goals and is the only soccer player in school history to have his number retired. He was later an assistant coach at Wildwood Catholic for a season and a half under his father after playing college soccer at Belmont Abbey.

“They say you can’t go home again. Well, I guess this proves you can,” Pat Macfarlane said with a laugh.

Pat Macfarlane said he became interested in returning to Wildwood Catholic after learning Saioni was moving into a different role at the school.

“When Mike decided to step down and move inside, he and I had a few conversations and he asked me if I would be interested,” Macfarlane said. “I really hadn’t thought about going back to Wildwood Catholic before that point. But then I started talking to my dad and thinking about my history there and my family’s history there and where the program is and what it can do going forward and I thought it was a really good fit for me.”

Macfarlane was also previously an assistant coach at Stockton University in the early 1990s. He also played some minor league soccer following his college career, competing for the South Jersey Barons and for a team in Nashville.

Many of the top players from the 2017 Wildwood Catholic team that won the Cape-Atlantic United Conference title will graduate this June.

“Next year could be a tough year but I think we should be able to rebuild pretty quickly,” Macfarlane said.

Macfarlane coached at Cape May Tech from 2007 through last fall, posting a career record of 51-132-12. His 2015 team went 9-8-2, setting a program record for victories in a season. The team won just one game last fall with a young roster.

“It felt like this wasn’t a bad time to leave (Cape May Tech) because I think the program’s in good shape going forward,” Macfarlane said. “We had 24 kids in the freshmen and sophomore classes this past year so whoever steps in there is going to have a good group of kids to work with. I feel like I’m not leaving them in a bad spot.”

Macfarlane, who owns his own tile business, resides in Stone Harbor Manor with his family.

Cape May Tech athletic director Charles Powell said his school will officially advertise for Macfarlane’s replacement sometime in the next few weeks.