Freshman Martin Anguelov set a program record when he became the first Lower Cape May player to record 100 three-pointers in a season. He sank five to up his season total to 103 in his team's state playoff win Tuesday. 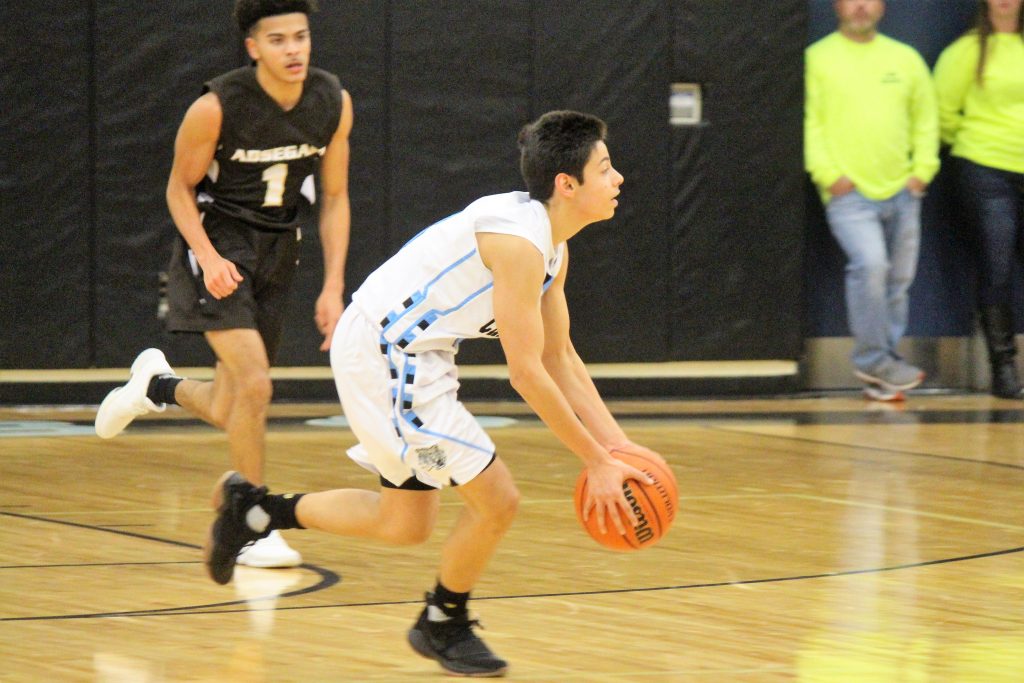 Freshman Martin Anguelov set a program record when he became the first Lower Cape May player to record 100 three-pointers in a season. He sank five to up his season total to 103 in his team’s state playoff win Tuesday.

The boys basketball teams from Lower Cape May and Wildwood Catholic each breezed to home victories while the girls teams from the same schools each fell on the road in first-round state playoff action Tuesday.

The Wildwood Catholic boys, the top seed in the South Jersey Non-Public B Tournament, led by just two points after the first quarter against No. 16 Moorestown Friends. But the Crusaders exploded for a 47-9 edge over the middle two quarters and eventually posted a 74-38 win.

Wildwood Catholic will host No. 9 Immaculata on Thursday. Immaculata won, 65-58, at No. 8 Holy Spirit in its tournament opener.

Lower Cape May, the fifth seed in the South Jersey Group II Tournament, jumped out to a 31-10 lead over No. 12 Pennsauken Tech and settled for a 61-34 victory.

Pat Holden led the way for Lower with 25 points, upping his career total to 2,028 points. Freshman Martin Anguelov set what is believed to be a single-season Lower Cape May record by surpassing 100 three-point baskets on the season. Anguelov sank five from that distance for his 15 points and now has 103 three-pointers on the season.

The Wildwood Catholic girls had their season ended at 15-11 with a 46-32 loss to No. 7 Holy Cross in the South Jersey Non-Public B Tournament. The 10th-seeded Crusaders got 16 points from Marianna Papazoglou in the loss.

And the Lower Cape May girls, seeded ninth in South Jersey Group II, lost a 25-20 decision at No. 8 Collingswood. The teams combined for just 19 points through three quarters.