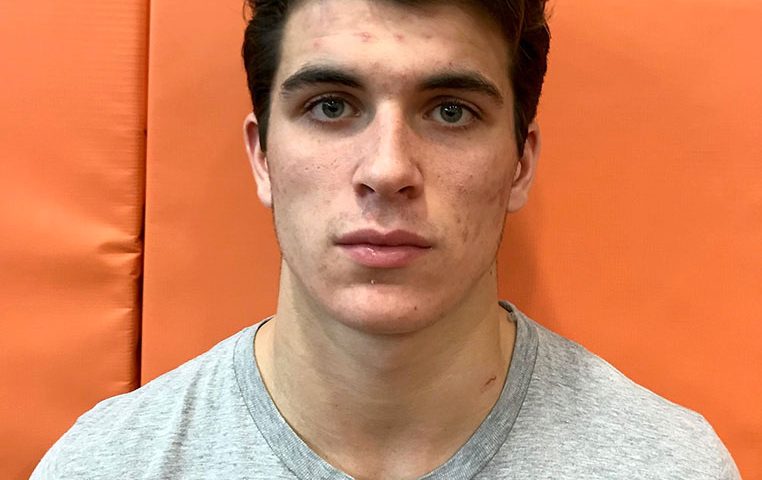 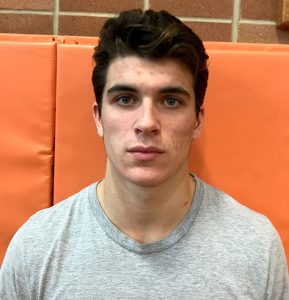 That changed soon after he accidentally walked into a wrestling practice as an eighth-grader.

“My mom (Tracey) is the school nurse (at Middle Township High School) and I was sitting in her office one day waiting for her and then I started wandering around the school,” Nagle explained. “I heard whistles and I saw a practice going on in one of the gyms, so I peeked my head in and saw the way guys working and it just blew my mind. It was such a different sport to me. I sat and watched for a little while and I was hooked. It wasn’t long before I was about to be a freshman and then I was going to wrestling camp that summer.”

That rather unorthodox introduction to the sport of wrestling has led to great things for Nagle. Now a 17-year-old senior, Nagle is on the cusp of breaking the Middle Township High School record for victories in a career. Nagle tied 2009 graduate Chris White’s record of 88 career wins with a win by fall in the Panthers’ 42-36 victory over Lakewood on Wednesday. He goes for the record Friday in an away match at Burlington Township.

Nagle’s upcoming achievement was not on the radar of anyone associated with Middle’s program until toward the end of last season.

“This is something that we never really thought was possible until last year,” Middle coach Matt Wolf said. “He only won six matches as a freshman and never wrestled before his freshman year.”

But despite his early struggles, Nagle showed promise.

“The thing that was impressive was that he only got pinned once his freshman year,” Wolf said. “That says a lot about a new kid.”

Nagle showed vast improvement after his debut season, winning 20 matches as a sophomore. He then set a single-season school record with 37 victories as a junior, en route to claiming the District 30 championship at 160 pounds.

Nagle has wrestled at 182 pounds this season. His win against Lakewood Wednesday improved his record this season to 25-2.

That much Nagle knew. He didn’t know he was close to making program history.

“He didn’t know it was his 88th win,” Wolf said with a laugh. “We got back in the locker room and I said, ‘Let’s hear it for Gary Nagle for tying the school record,’ and he looked just as surprised as everybody. He’s just working hard toward the end of the season here and doing the best he can to win matches. He really doesn’t pay attention to anything else. That’s the kind of kid he is. We tell the kids to enjoy the moment but try to stay focused on how to keep improving. Gary is a great example of that.”

With a couple of weeks of the regular season and the individual postseason still to go, Nagle also has a chance to become Middle’s first 100-win wrestler. Nagle, though, said he’ll be more satisfied if he can enjoy even more postseason success than he had last year.

“Last year I didn’t win at regions,” Nagle said. “I think no matter how much success you might have, there can always be something more no matter who you are. This year I’m pushing for something more.”

Nagle plans to wrestle in college at the Division III level. He said he’s already been accepted to Ursinus and McDaniel and is also eyeing Stevens Institute, Johns Hopkins, Gettysburg and The College of New Jersey.

That opportunity seemed remote when Nagle first stepped onto a wrestling mat at Middle Township.

“We have a saying that those who remain will be champions,” Nagle said. “Coach Wolf always says that. Even when I only won six matches my freshmen year I knew there was more to come.”

NOTES: Nagle’s teammate, Austin Cominsky, is also on pace to pass the 88-win plateau. Cominsky, who’s 23-4 this season at 195 pounds, enters Friday’s match at Burlington City with 84 career wins. “We’ve had quite a few kids do well,” Wolf said, “but it’s Gary and Austin, especially, who really pulled this program along and set a great example for everybody.” … 126-pounder Romeo Rodriguez leads Middle with a 26-1 record. Karl Giulian (160 pounds) is 21-5.