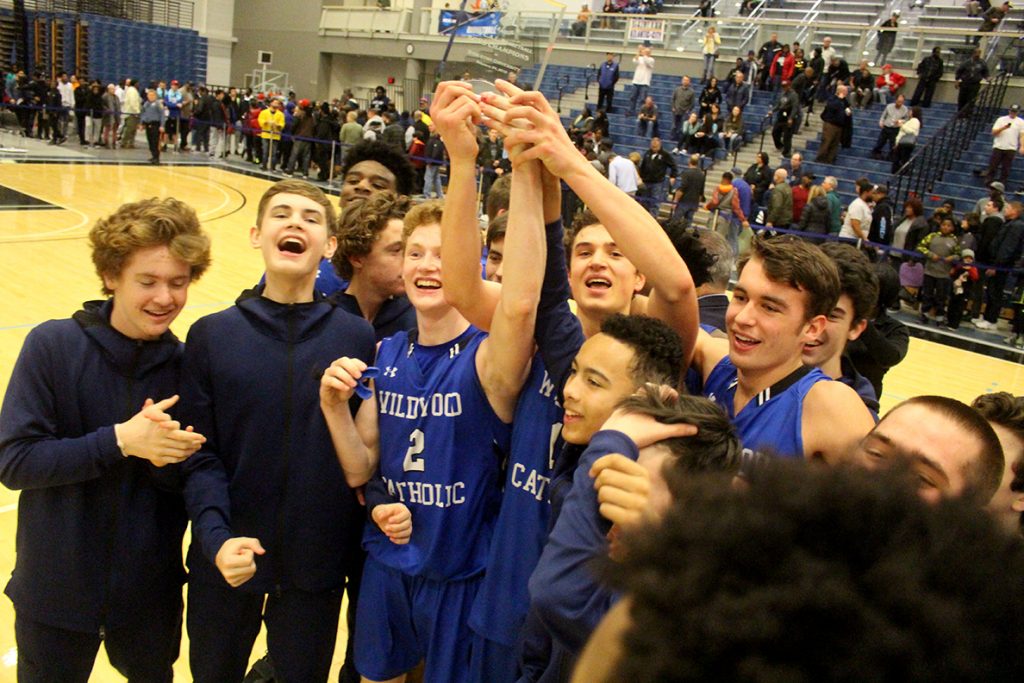 GALLOWAY — The stars did what they usually do for the Wildwood Catholic High School boy basketball team Saturday. A couple of role players, however, helped make the difference in the outcome.

Senior Blane Rossell was instrumental in a hellacious comeback in the fourth quarter and sophomore Jacob Hopping was the star of overtime as the Crusaders captured the Cape-Atlantic League championship in dramatic fashion, rallying to defeat Atlantic City, 63-57, in the title game in front of more than 2,300 fans at Richard Stockton University.

Wildwood Catholic (24-2), the second seed in the playoff tournament, won the title game for the second time in program history, the other coming in 2014.

Wildwood Catholic’s players stormed the court after the buzzer sounded, touching off a wild celebration at halfcourt, while the Crusader coaches hugged one another near the team’s bench. A large contingent of Wildwood Catholic fans gave the team a standing ovation.

In the late stages of regulation, Rossell forced two Atlantic City turnovers on the defensive end, made a huge three-point shot and fed Taj Thweatt for a layup — all in a two-minute span — to help Wildwood Catholic come back from a nine-point deficit to take a seven-point lead late in the game.

But top-seeded Atlantic City (22-4) stormed back as well, scoring seven points in the final 26 seconds of regulation. Nazim Derry sent the game to overtime with a pair of free throws with less than two seconds to play. Wildwood Catholic missed three of its last four free-throw attempts to open the door for the Vikings.

Hopping gave Wildwood Catholic the lead for good on the first possession of overtime. After alertly anticipating the path of the tapped ball to start the period to gain possession for his team, Hopping scored off an offensive rebound shortly thereafter. He then made 5 of 6 free throws later in the session. He scored seven of his nine points in overtime. 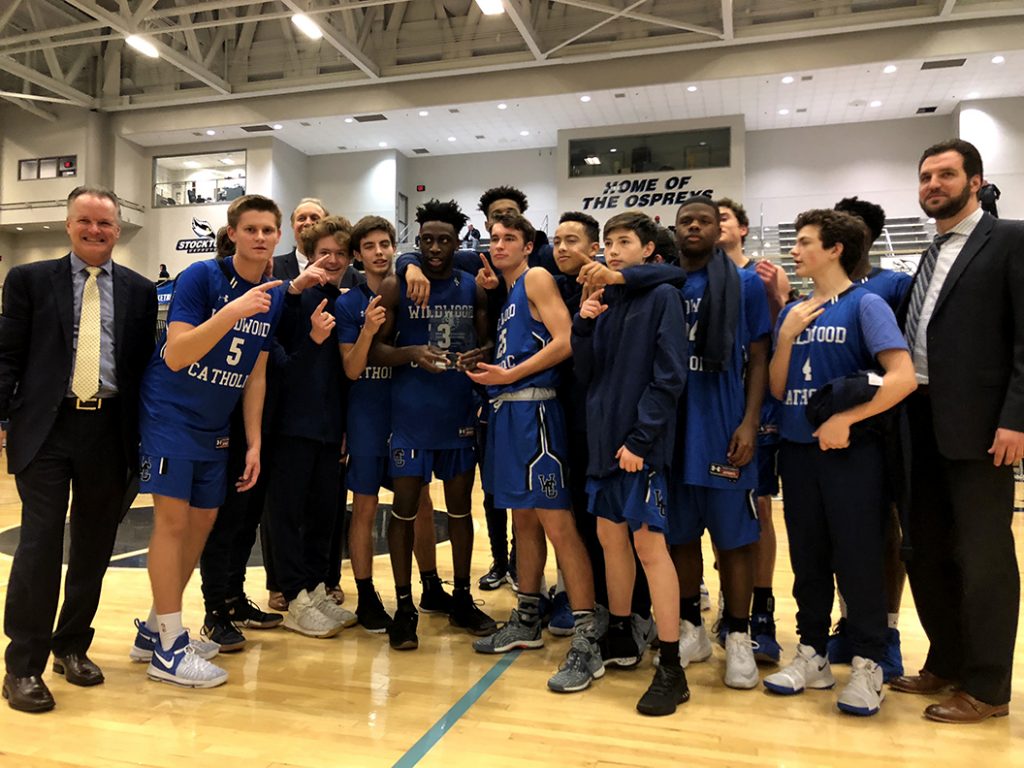