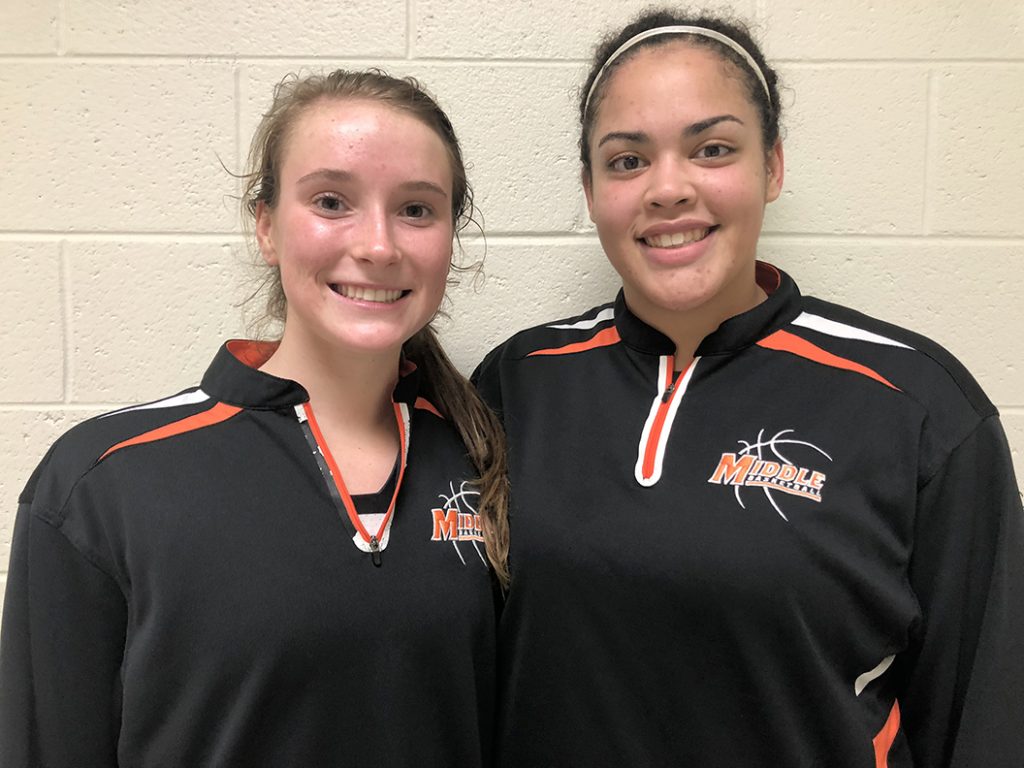 CAPE MAY COURT HOUSE — It was a good start but a not-so-great finish for the Middle Township High School basketball teams, who hosted state playoff openers on Tuesday.

The Middle girls team led the entire way in its game, ending with a convincing 43-28 win over West Deptford in the opening round of the South Jersey Group II playoffs.

Middle, the No. 6 seed in the tournament, will travel to No. 3 Haddonfield on Thursday. Haddonfield beat Oakcrest, 44-28, in its tournament opener.

Middle (17-9) held No. 11 West Deptford to one field goal over the first 11 ½ minutes of the game in taking a 20-11 lead at the half. The Lady Panthers then scored the first five points of the third quarter to go ahead by 14, only to see West Deptford score six straight points. Brianna Armstrong, who played a strong game off the bench with 10 points, then scored late in the period to send Middle to a 27-17 advantage after three quarters.

Kira Sides, who posted a game-high 15 points, made a three-pointer early in the fourth quarter and sank all four of her free-throw attempts in the period to help Middle pull away.

Middle went 9 for 11 from the foul line in the fourth quarter.

Anna Wright scored 10 points for West Deptford (16-11), which played without leading scorer Deanna Corsetti, who missed the contest due to a recently suffered knee injury.

In the boys game, eighth-seeded Middle held an eight-point lead after three quarters but No. 9 Barnegat rallied in the fourth to claim a 50-45 victory.

Middle (13-12) trailed for much of the first half but closed the second quarter on a 9-2 spurt to take a 23-20 lead, capped by Matt Marino’s left-wing three-pointer as the buzzer sounded.

Middle then held Barnegat (21-6) to one field goal in the third quarter to take a 34-26 lead into the fourth.

That’s when Barnegat leading scorer Mike Revello got hot. The senior guard pumped in 11 of his game-high 18 points in the final period, sparking the Bengals to a 24-11 advantage in the period.

Middle had a chance to take a lead with about a minute to play but missed a three-pointer while down two points. Barnegat sealed the win at the line. The Bengals made 9 of 12 foul shots in the fourth quarter, while Middle shot just 1 of 4 from there in the period.

Carson Francisco (15) and Alex Grogan (13) each joined Revello in double figures for Barnegat.