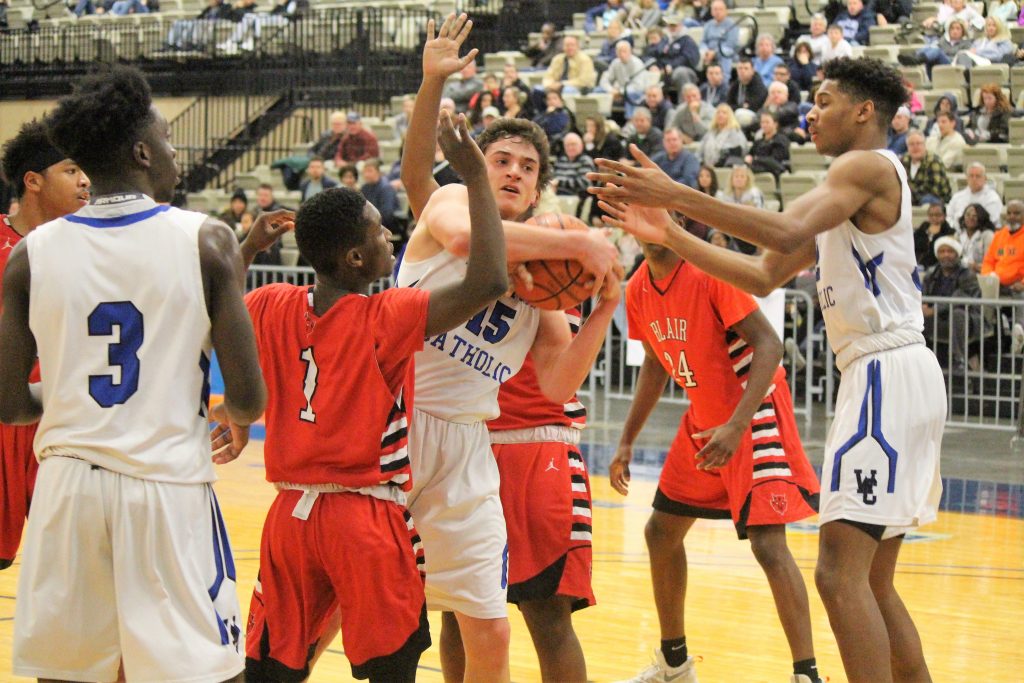 He was a regular starter this season, but was often the last option offensively for a unit that included four other extremely talented players.

But given the freedom that an all-star game provides, Capozzoli was able to show his full arsenal of offensive skills.

Capozzoli exploded for 32 points and set a new Cape-Atlantic League all-star game record by making 13 free throws in as many attempts to lead Team DeWeese to a 110-104 victory over Team Allen in the high school boys senior game at Prime Events All-Star Saturday at the Ocean City Intermediate School.

The 6-4 forward was named the event’s Dave Lewis Memorial MVP, named for the former Oakcrest coach.

“I was just trying to have some fun,” Capozzoli said. “I really wanted to end my high school career with a win. I had some fun and did my thing out there.”

Capozzoli made three three-pointers on three straight attempts in the second quarter and sank six free throws late in the fourth quarter to ice his team’s victory.

Capozzoli averaged 5.1 points and 3.1 rebounds this season for the Crusaders, who won the Cape-Atlantic League playoff tournament and set a program record for victories by going 26-3.

Despite those modest numbers, Capozzoli was respected greatly by not only the people around the Wildwood Catholic program but other coaches in the area as well.

College coaches have noticed, too. He’s being recruited by Division III Widener University and Division II University of the Sciences.

“I like playing the game of basketball,” Capozzoli said. “I was confused sometimes about what were good shots for me at Wildwood Catholic. We had a lot of other good players. (On Saturday) I was just able to play and not worry about any of that.

“I think the coaches knew I was capable of scoring but I also had to play a role where I could focus on defense, hustling and rebounding and all that stuff and it helped our team be as successful as we were this year.”

Capozzoli was fine with that role. But he also enjoyed playing a different one in the all-star game.

“It made me feel good,” Capozzoli said. “I think I was able to show people that I’m capable of being a top player. I think people never really thought I was a big factor but I feel like in some games I was. I was happy I was able to show my ability as a player in the all-star game.”