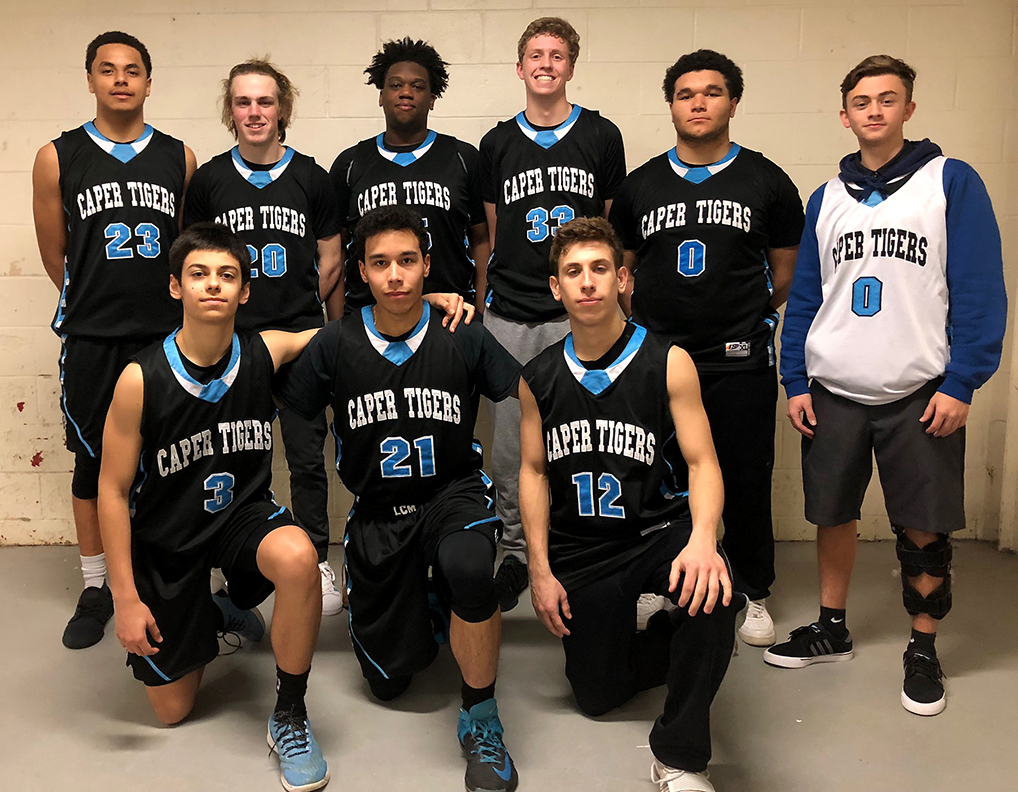 CHERRY HILL — The Lower Cape May Regional High School boys basketball team may not have won a South Jersey championship, but the memories created during the team’s magical playoff run will last a lifetime for the players.

Powerful Haddonfield ended the Caper Tigers’ season in the South Jersey Group II championship game Monday, controlling the contest from start to finish in a 63-45 victory.

The game was played at Cherry Hill East High School.

The Bulldawgs (26-3) used a lethal combination of solid guard play and dominant size to wilt overachieving Lower Cape May (21-8), which was playing in its first sectional championship game since 1988.

The Bulldawgs scored the game’s first 12 points and held a 16-4 advantage at the close of the first quarter. They swelled the lead to 32-15 at the half. Haddonfield had four different players make three-pointers and also scored on numerous drives to the basket in the opening half.

Lower Cape May, meanwhile, had trouble getting good looks against Haddonfield’s tough man-to-man defense. The Tigers managed to attempt just 15 shots in the first half, making six. They scored their first points with 1:41 to go in the first quarter.

“The hype of playing in this game got to us a little bit, and that’s from the coaching staff down to the players,” Lower coach Scott Holden said. “We lost the first quarter by 12 and the next by five and then the third quarter by three, so we did OK for a lot of the game but that start really hurt us.”

Pat Moore and Martin Anguelov made three-pointers on consecutive possessions to cut Haddonfield’s lead to 36-23 early in the second half. Khamar Matthews later completed a three-point play to reduce Lower’s deficit to 12 at 38-26, but Haddonfield went on an 11-2 run to expand its advantage to 21 points at 49-28 late in the third quarter.

Lower got not closer than 17 points the rest of the way.

Lower Cape May, which had won three state playoff games at home to reach the final, was supported by a large throng of fans. Five buses made the trip from Erma to Cherry Hill and their presence was felt throughout in Cherry Hill East’s large gymnasium.

“We had a nice turnout tonight,” Scott Holden said. “We might have had more fans or least just as many as Haddonfield. I think it shows how this team galvanized our whole community.”

But Haddonfield, which has played nearly all of its home games at CHE this season due to athletic facilities reconstruction, was unfazed by its opponent and its fans.

Aiden Blake (16), Will Bond (14) and Mike DePersia (10) each scored in double figures for Haddonfield.

“That’s a hell of a team over there,” Scott Holden said of Haddonfield. “When they win states — and I think they can — we can look back and at least say we hung in there with a state champion.”

The loss ended the wonderful career of senior guard Patrick Holden, the nephew of the head coach. Pat Holden, a four-year starter, led Lower with 19 points and finished his career with 2,103 points.

Now, despite a loss in the sectional title game, those seniors and their teammates will have lasting memories of a phenomenal four-game state playoff run.