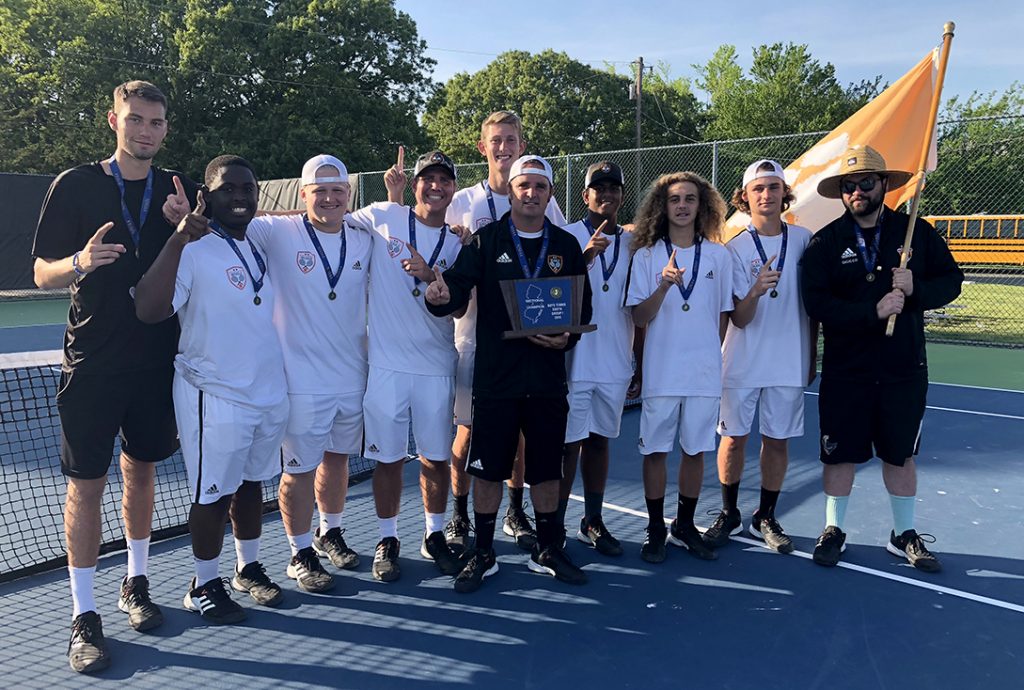 CAPE MAY COURT HOUSE — It’s rare that a high school sports team can reach all of its preseason goals.

The Panthers secured their second South Jersey Group I title in three seasons, the top-seeded Panthers dispatching Woodstown, 4-1, in front of a rather large crowd on their home court.

First singles player Max Gilbert, a freshman and the son of head coach Matt Gilbert, clinched the victory when he picked up Middle’s third point with a 6-1, 6-1, decision over Woodstown’s Cole Patti.

That came after Middle senior Rob Giulian breezed through his second singles match for a 6-0, 6-1 win, over Jason Petrin, followed by a 6-2, 6-3 victory by Middle’s first double team of Brayden Carr and Tathya Modi.

The victory also avenged a loss to the Wolverines in last year’s sectional semifinal round.

Middle got its other point from junior Teran Broadnax, who took the third singles match in a super tiebreaker over Luca Donnini, 6-4, 5-7 (11-9). Broadnax rallied from a 4-1 deficit to win the first set and scored four straight points at the finish to win the super tiebreaker after trailing 9-7.

Second-seeded Woodstown secured its only point with a straight-set win at second doubles.

Middle improved to 23-0 with the win. The Panthers will face Highland Park in the state semifinal on Wednesday. Highland Park beat Shore Regional, 5-0, in the Central Jersey Group I title match.