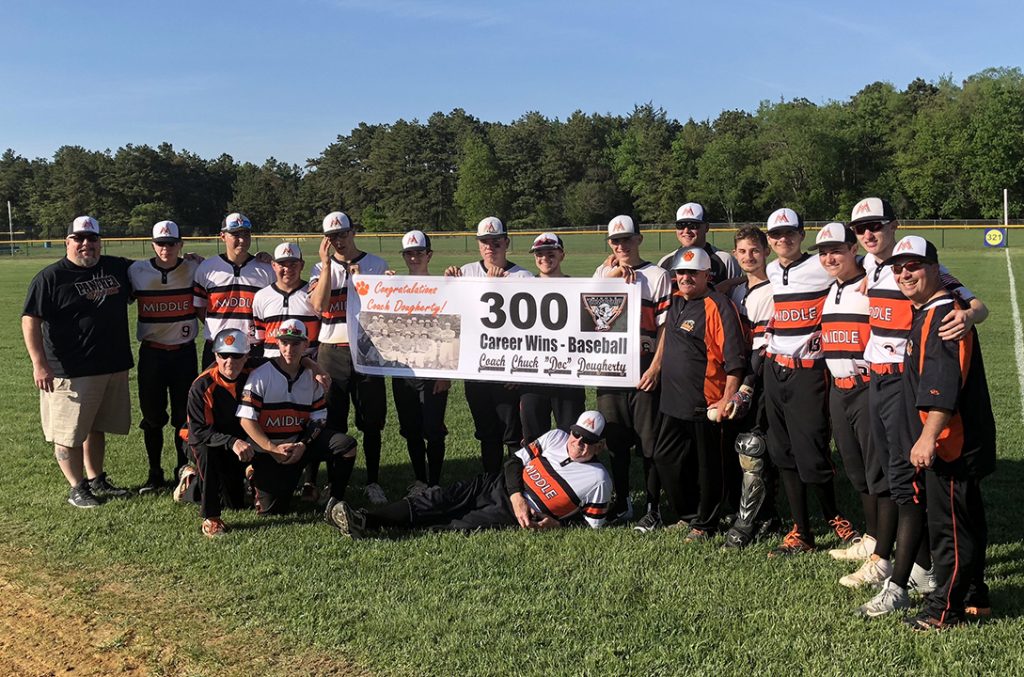 Chuck Dougherty couldn’t have gotten a milestone victory in a bigger spot.

The Middle Township High School baseball team posted a dramatic upset win on the road in the first round of the state playoffs Monday, beating Manchester Township, 6-4, to give Dougherty his 300th career win.

“Put (the 300th win) to the side, because you figure it was going to happen at some point,” Dougherty said. “I’m just happy for the kids to win the playoff game. It’s so big for us. We’re really excited about getting a playoff win. I’ll think about the 300th later.”

Middle (8-13), the 11th seed in the South Jersey Group II Tournament, advances to play at No. 3 Delran on Thursday. Sixth-seeded Manchester Township fell to 9-10.

Zach Wyatt tossed a complete game in the victory, striking out five. He zipped through Manchester Township’s lineup in the sixth and seventh innings. 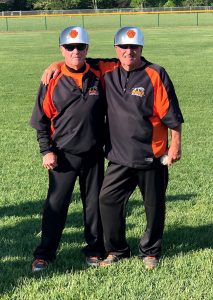 That came after Middle broke a 4-4 tie with two runs in the sixth inning. The Panthers scored both runs without the benefit of a hit.

“They made a couple errors but the kids did a good job of hitting the ball on the ground and putting it in play,” Dougherty said. “And then once we got the lead again, Zach just took the ball and shut them down. In the sixth and seventh, they just couldn’t do anything with him. He really stood up to the task.

“Zach had five strikeouts, so obviously the kids made the plays. Other than one shaky inning, we really fielded the ball and made some nice plays in the field.”

Wyatt said he felt rejuvenated when he went to the mound for the bottom of the sixth inning after his team scored twice in the top of the frame.

“When they made those errors and we got the lead, the momentum really came to us,” Wyatt said. “I tried to take advantage of it.”

Wyatt added that the players knew the ramifications of the victory.

“We definitely had a lot of adrenaline going,” Wyatt said. “We started to get nervous toward the end but we came through. It’s such a big accomplishment. To win a playoff game and do that for our coach, it’s huge.”

Sean Dougherty (no relation to the coach) had two hits and Jake Cooper scored two runs for Middle. Wyatt and Caleb Maguire each had RBI hits.

Dougherty is believed to be the only coach in Cape-Atlantic League history to win more than 100 games as both a baseball and softball coach.