Jim Lushok, one of the Crusader program’s all-time great goalkeepers, was announced as the team’s new coach in a press release distributed by the school on Thursday.

Lushok was hired in place of Patrick Macfarlane, who had accepted the post over the winter but recently resigned due to personal reasons, according to the school.

Mike Saioni stepped down as head coach last fall, going 106-68-9 with two Cape-Atlantic United Conference titles and one South Jersey Non-Public B title game appearance in his 11 seasons. Saioni left the position to become the school’s athletic director shortly after the season concluded. 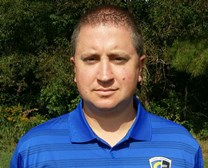 Lushok was a three-year starter at Wildwood Catholic from 1992 through 1994 and holds the program’s single-season (15 in 1994) and career (29) shutout records. He backstopped the Crusaders to their first-ever South Jersey championship in 1994 when he made 13 saves in a 2-0 victory over Red Bank Catholic in the sectional title game.

Lushok went on to play college soccer at Division I St. Francis (Pa.) University, where he stands fifth in all-time save percentage and eighth in all-time goals against average.

Lushok returned to the area after his college playing days and has been a coach and goalkeeper trainer for the Cape Express youth soccer program for the last 14 years.

Lushok, 40, currently works in the business office at Crest Memorial Elementary School. He is also pursuing his master’s degree and certification in an effort to become that school’s business administrator.

“For me, to come back to Wildwood Catholic, it’s an honor and a privilege,” Lushok said. “I’m over the moon about the opportunity to be able to come back to the program I played for. I can’t tell you how thrilled I am.”

“Having both played and coached with Jim, I can attest to all that he stands for and for the pride and love he possesses for Wildwood Catholic soccer,” Saioni said in a statement. “… I have full confidence that he will continue to lead this program to future successes while focusing on development above winning. He possesses a strong knowledge of the game, and, more importantly, knows how to teach young players. And as an alumnus, Coach Jim understands what Wildwood Catholic stands for and the principles taught here. His philosophy falls in perfect alignment with our ideals, making him a great fit to serve as coach and leader of young people.”

Wildwood Catholic went 13-4-1 and won the CAL United title last fall. But 11 seniors have graduated from that team, so the Crusaders could be in for a rebuilding year.

“They had an amazing year and they graduated 11 seniors but for me the goals always remain the same and that’s to be competitive and to see some player development and some personal development,” Lushok said. “Some people might think it’s a rebuild but for us it’s always about being as competitive as we can and always putting forth our best effort.”

Lushok said he and Saioni will spend the upcoming weeks rounding out the rest of the coaching staff.