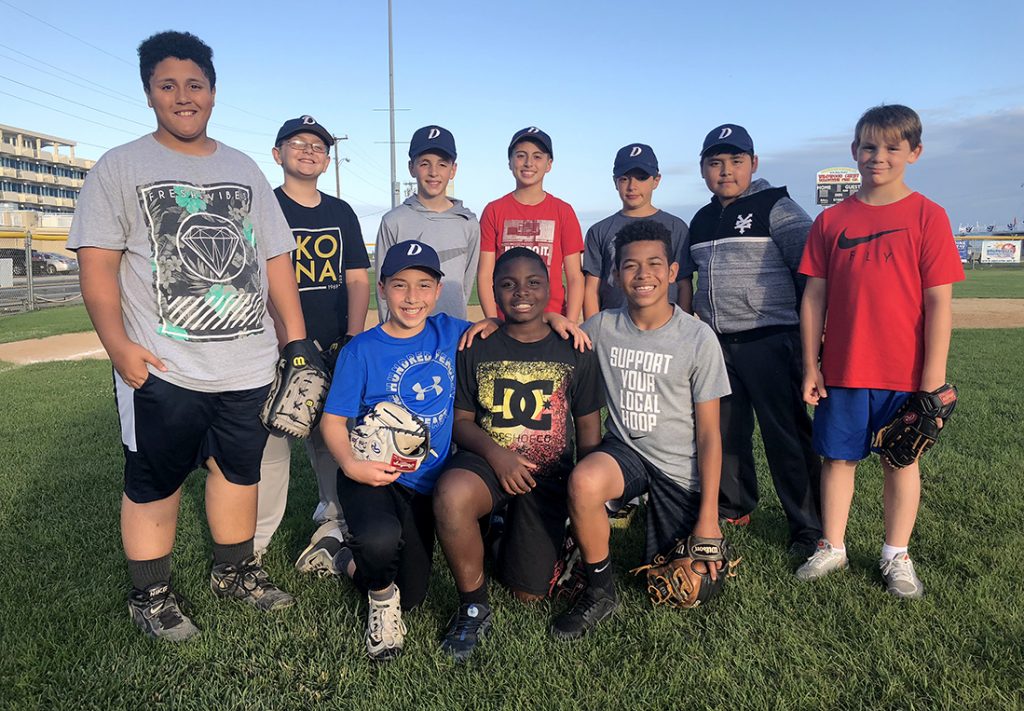 WILDWOOD CREST — The best thing that happened this baseball season at the Higbee Little League Field had nothing to do with hits, runs or strikeouts.

Instead, it was the Greater Wildwood Little League community rallying around a fellow player and his family following a tragedy.

After the final out of a recent home game, members of the Elks Little League baseball team presented more than $1,000 worth of gift cards to teammate Donald Church, a 12-year-old member of the team whose mother suddenly passed away last month.

Ryan Troiano, one of Church’s best friends on the team, presented a basket full of gift cards to Church, a sixth-grader at the Glenwood Avenue School in Wildwood, and his older brother, Elijah, an eighth-grader at the same school who was also present at the game. The brothers also have an older sister, Shabrea, a junior at Wildwood High School.

The gift cards were collected through a social media campaign led by Troiano’s mother, Elizabeth Schiff-Troiano. She received gift cards in varying amounts to local convenience stores, supermarkets, restaurants and other business from dozens of people in the community.

Schiff-Troiano said that some people and organizations also made monetary donations. The largest were separate donations of $200 each from the Wildwood VFW, Wildwood American Legion Post and Wildwood resident Sue Casey.

The fundraising efforts for the Church siblings are not finished. Schiff-Troiano’s sister-in-law, Kim Blanda-Troiano, whose sons, Ernie and Dominick, are classmates and friends of Elijah Church, is organizing a car wash this Saturday from 10 a.m. to noon at the Holly Beach Firehouse in Wildwood. All donations will be turned over to the Church family.

This hasn’t been an easy time for the Church family. But Donald and Elijah were, at least for a moment, able to smile from ear to ear after being presented with the basket of gift cards. Not necessarily because of all the gift cards they’ll get to use, but more at the realization that people in their community thought enough of them to care.

Another shining example of what can happen when a community comes together for those in need.