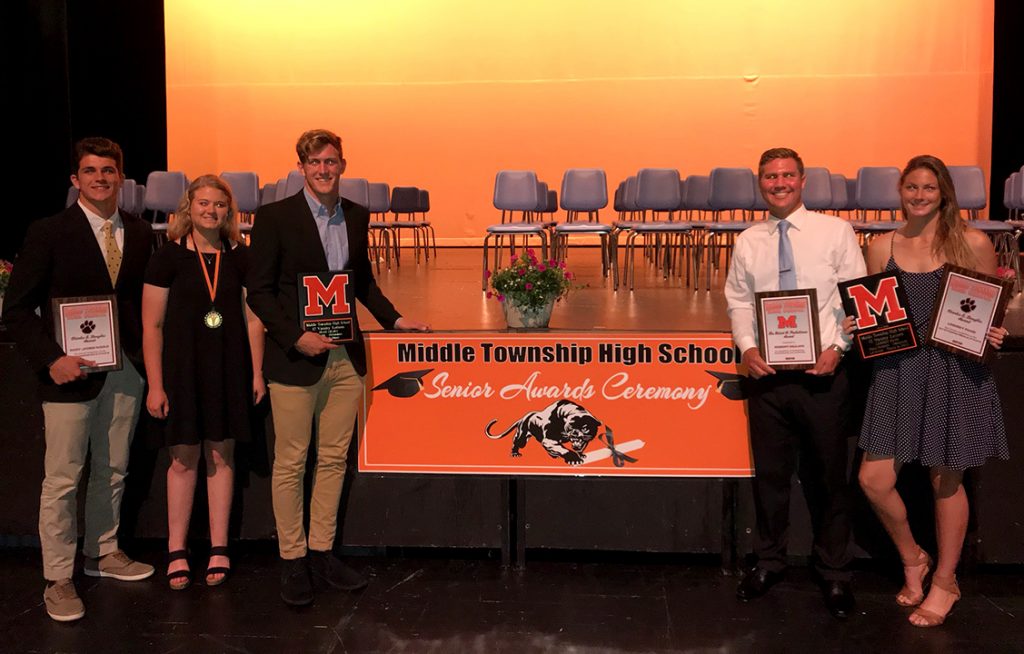 Gary Nagle and Lindsey Pane were each named winners of the Charles E. Douglas Memorial Award, given to a male and female in recognition of outstanding contributions in the field of sports. The award is voted upon by all of the school’s senior athletes.

Nagle was a standout in football, wrestling and track and field, while Pane, a 12-letter varsity athlete, excelled in field hockey, swimming, lacrosse and track. 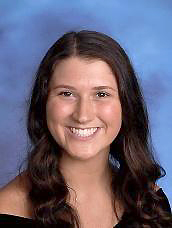 Rob Giulian and Maggie Fossett were the recipients of the Robert K. Penkethman Award, given to the male and female senior athlete who have made a significant contributions to the athletic programs in a sportsmanlike manner. The winners of the Penkethman Award are also chosen by their peers.

Giulian was a three-sport athlete, participating in cross country, swimming and tennis. Fossett was a four-year member of the field hockey team.

Kayla Cubernot was given the Purple Heart Award, awarded by the school’s athletic trainer to the senior athlete who most overcame injury and/or adversity. Cubernot returned from a major injury to enjoy a very productive senior softball season.

Pane and Sean Geary were each honored for earning 12 varsity letters. Geary earned his letters in soccer, swimming and track and field.