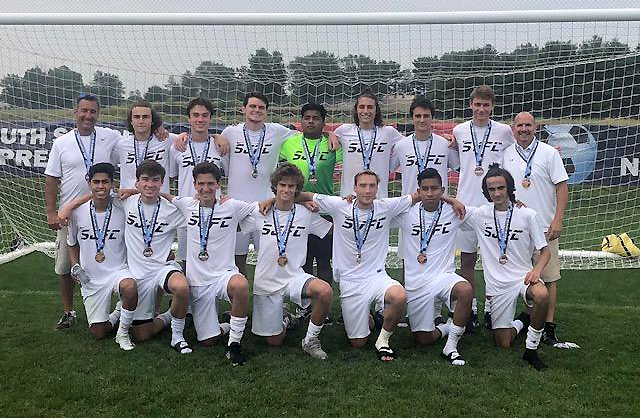 SJFC opened the tournament with a 2-0 win over the Chicago Rush. Ryan Pellegrino and Julian Cruz each scored goals and Matt Brook and P.J. Brittain each added assists.

In the team’s second game, SJFC rallied from a two-goal halftime deficit to tie, only to see Utah Elite Academy score in the 89th minute to send SJFC to a 3-2 defeat. Cruz and Hunter Paone scored in the loss.

In the final game of pool play, Danny Alejo scored in the 75th minute to pull SJFC level at 1-1 with Brownsville, Tex. SJFC pushed for a winner late but was forced to settle for the draw.

In the consolation game, Trevor Paone’s header off a Cruz corner kick in the 87th minute accounted for the only goal in a 1-0 SJFC victory, giving the team third place.