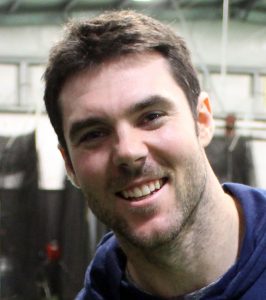 At the very least, Matt Szczur should get to play more baseball.

Szczur, designated for assignment last week by the San Diego Padres, has cleared waivers and has been ourtrighted to El Paso, the Padres Triple A affiliate, the team announced Sunday.

The 2007 Lower Cape May Regional graduate and reserve outfielder was hitting .187 with 14 hits in 75 at bats in limited playing time for the Padres this season before being designated for assignment on July 1. He had one home run and six RBI. He was used mostly as a pinch hitter, late-inning defensive replacement or pinch runner, with a rare start mixed in.

By being designated for assignment, Szczur was immediately removed from the Padres’ 40-man roster. The team had seven days to trade him, release him or place him on waivers. The Padres placed him on waivers and assigned him to El Paso after no other major league claimed him.

Szczur should see more playing time at Triple A than he did with the Padres.

Szczur, who turns 29 July 20, landed in San Diego early last season after being designated for assignment by the Chicago Cubs. He played parts of four seasons in Chicago, enjoying his most success during the Cubs’ World Series championship season in 2016 when he hit .259 with five home runs and 24 RBI in a reserve role.

Szczur starred in football and baseball as a high school athlete at Lower Cape May. He went on to play both sports at Villanova University, helping the Wildcat football team win the FCS national championship as a junior. He amassed 270 all-purpose yards and was named MVP of the title game. Szczur was named Colonial Athletic Association Offensive and Special Teams Players of the Year that season. In baseball, Szczur batted .392 with 62 RBI and 28 stolen bases in two seasons combined at Villanova.

Szczur was selected in the fifth round of the Major League Baseball First-Year Player Draft by the Cubs in 2010. He made his major league debut in August 2014.