Hills gets invite to Collegiate Bowl 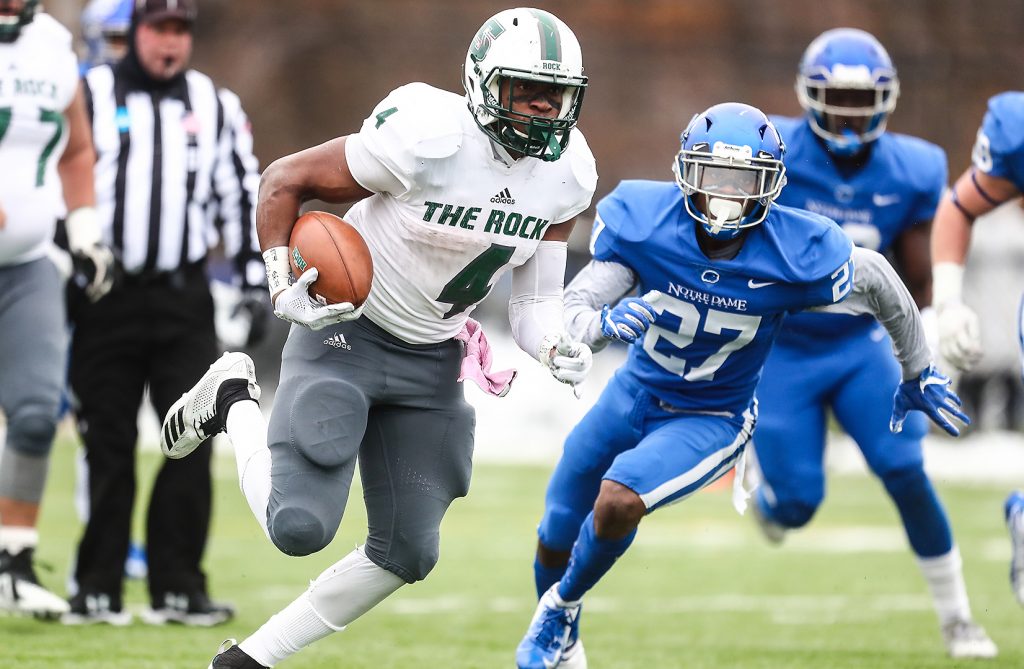 Hills, a running back at Division II Slippery Rock University, has accepted an invitation to play in the NFL Players Association Collegiate Bowl scheduled for Jan. 19 at the Rose Bowl in Pasadena, Calif., the Slippery Rock athletic department announced on its website Monday.

According to the website story, the NFLPA Collegiate Bowl is considered one of the three major postseason showcase events for potential NFL prospects to showcase their talent in front of NFL personnel. More than 200 scouts, coaches and general managers representing all 32 teams attended last year’s Collegiate Bowl.

More than 40 players that played in last year’s game received invites to the NFL Combine and 19 players from the game were eventually selected in the 2018 NFL Draft.

Hills set a Slippery Rock single-season record by rushing for 1,714 yards, despite missing two full games and the majority of another through a shoulder injury.

Hills, who played three seasons at Delaware before transferring to Slippery Rock, also scored 17 touchdowns this season. He ran for 154 yards and a touchdown in a 21-17 third-round Division II playoff loss to Notre Dame College of Ohio last weekend.

“We’re thrilled for Wes,” SRU head coach Shawn Lutz told the Slippery Rock website. “We recruited him hard and told him if he chose Slippery Rock that he would have a great chance to lead our offense and attract a lot of attention from the NFL. He bought in to everything we did, loved his teammates and served as a vocal leader of our program. Every team in the league visited campus to see him this year and he just kept getting stronger as the year went on. He’s an NFL caliber football player and we were very fortunate to have him on our roster this year. We wish him the best of luck moving forward.”

Hills is a 2013 graduate of Wildwood, where he amassed 2,107 rushing yards and scored 35 touchdowns as a senior to lead the Warriors to their first and only South Jersey playoff berth in 2012.