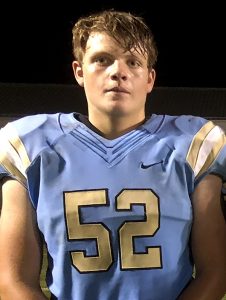 The club announced McGhee as one of the 62 New Jersey winners of the Mini Max High School Award.

According to a press release from the club, players were nominated by their coaches and were evaluated on criteria that included football performance, academics and community service.

McGhee served as a team captain for the Caper Tigers (6-4) this fall.