There are two new high school girls basketball coaches in Cape May County for the upcoming season. Both are alumni of the respective schools at which they’re coaching.

Mike Pittman has taken over the program at Lower Cape May, while Amber Waddington is now in charge at Cape May Tech.

Pittman was a standout point guard for the boys team at Lower Cape May in the late 2000s. He averaged 12.2 points per game and helped the Tigers finish 17-11 as a senior in 2009. He averaged 10.9 points per outing as a junior.

Pittman went on to play college basketball at Division III Gwynedd-Mercy but a recurring knee injury curtailed his playing career after just one season. 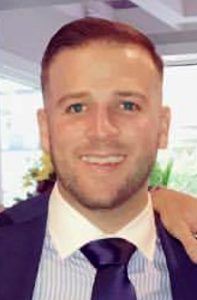 Pittman takes over the Lower Cape May girls team from Scott Douglass, who went 148-120 over 10 seasons as coach. Douglass guided the Lady Tigers to their first-ever South Jersey title in 2014. He resigned as coach this fall.

“Once I found out there was going to be an opening and after sitting down and talking to a couple people, I thought it would be good to try to be a head coach and run a program,” Pittman said.

Pittman, 27, has prior coaching experience in the school district. He was previously the freshmen boys coach for two seasons and the seventh- and eighth-grade boys head coach at the Richard M. Teitelman School. Last season he served as a volunteer assistant with the varsity boys team.

Greg Douglass, the older brother of the former head coach who has been an assistant boys and girls basketball coach at Lower for years, and Maddie Joyce are Pittman’s assistant coaches.

“Having Greg Douglass with me has really helped with the transition and Scott Douglass has helped me a lot as well,” Pittman said. “It’s a little different when everything’s on you. The biggest thing right now has been the practice planning and getting everything done. I want to make sure we’ve prepared our kids as best as possible for when we play our games. I want to have a system in place for them to be able to compete.”

Lower Cape May finished 8-16 a season ago.

“So far, being only about a week in, it’s been really good,” Pittman said. “It’s a great group of girls.” 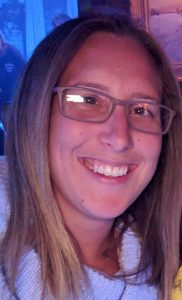 Waddington was one of Cape May Tech’s top players in the mid 2000s before a knee injury robbed her of nearly all of her senior season. She had averaged close to 17 points per game as a junior. She went on to play for two seasons at Richard Stockton University.

Waddington, about to turn 30, had been serving as an assistant coach under Ginny Roma for nine seasons. Roma resigned this fall after going 67-195 over 11 seasons as head coach.

“I’d been an assistant for a while, so I definitely felt it was time to try to do my own thing,” Waddington said. “I felt like the girls wanted this for me and so did I.

“The biggest difference is that practice flies by now for me. Our practices are very regimented. That’s how I am as a person so we’re trying to put timeliness on everything. We’re constantly moving and always trying to stay focused. It’s been a good transition so far. I don’t think it’s been difficult for me or for the girls. I think it’s been a smooth one so far.”

Pittman’s and Waddington’s teams will see their first scrimmage action next week. Lower Cape May travels to Delsea Tuesday, while Cape May Tech hosts Cedar Creek the same day. Both teams are scheduled to open the regular season on Dec. 14.